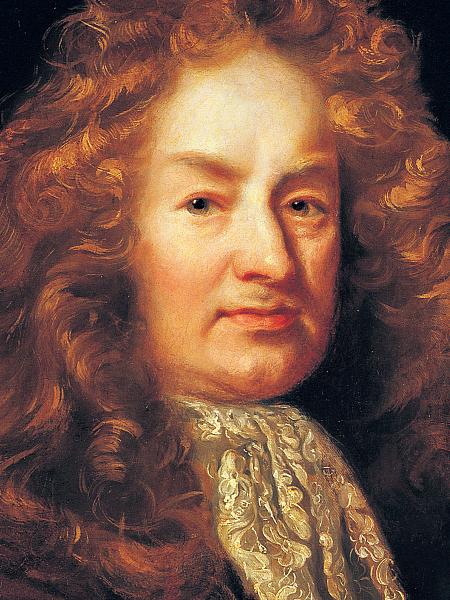 Throughout the history of Freemasonry many men of influence and accomplishment have been drawn to the fellowship of the fraternity. Some, by society’s standards, were successful men before they petitioned for membership. Others went on to accomplish great things because they put into practice the lessons and teachings of Masonry.

Below is a partial list of the famous Freemasons we have thus far identified. No doubt there are many more. Some may choose not to be publicly identified due to their position and the confusion that surrounds membership in the Craft. We will endeavor to continue to add to this list bearing in mind the proper considerations to privacy.

Father of Queen Victoria and last Grand Master of the Ancient Grand Lodge of England in 1813.

Former President of Chile. Lodge Progresso No. 4, Valpariso, in 1935.

A Brigadeer General CSA. Served with Pickett at Gettysburg where he was mortally wounded. Alexandria Washington Lodge No. 22 Virginia.

American Jazz legend. Lodge of Montgomery No. 18, PHA, New York *there is some contention to this claim, as no complete proof has been discovered.

Major General and early American Revolution war hero. Eventually changed allegiance and sided with the British, being branded a traitor ever after. Affiliated member of Hiram Lodge No. 1, New Haven CT.

Founder member of the Royal Society and became the first known English speculative. Mason at Warrington, Lancashire, in 1646.

“The father of Texas”. Louisiana Lodge No. 109, St. Genevieve, Missouri.

Brilliant Civil Engineer who served in the Civil War. Rose to Maj. General and after retirement was shot and killed serving as a sheriff in Missouri. One of fourteen Union officers who received the Thanks of Congress. Columbia Lodge No. 124 Wisconsin.

“The fighting politician” Governor of Massachusetts, Civil War Maj.General, Senator and US Marshal. One of fourteen Union officers who received the Thanks of Congress. Monitor Lodge MA.

Founder of the Barnardo home for orphaned boys.

All 4 brothers of Napoleon were Masons but not the great Emperor himself.

President of Gabon. Grand Master of the Grand Lodge of Gabon in 1983.

Sculptor and painter. Most famous for his colossal Mt. Rushmore national memorial in the Black Hills of South Dakota. Howard Lodge No. 35, New York City, serving as W. Master 1910-1911.

15th President of the USA. W.Master of Lancaster Lodge No. 43, Lancaster, Pennsylvania. Past District Deputy Grand Master of the Grand Lodge of Pennsylvania.

American Admiral, aviator and explorer. Federal Lodge No. 1 Washington DC and established Antarctica Lodge No. 777 under the GL of New Zealand.

Italian adventurer and philanderer. Made a Mason in Lyon, France.

English statesman and Prime Minister.Studholme Lodge No. 1591 and Rosemary’s Lodge No. 2851.

American pioneer, soldier and lawyer. Initiated in a military lodge and became the W. Master of Moriah Lodge, Connecticut.

American baseball great and member of the Baseball Hall of Fame. Royston Lodge No. 426, Detroit, MI.

Physician and botonist. Initiated at St. David’s Lodge No. 36, Edinburgh in 1754.

Dutch writer who, in his novel “Max Havelaar, denounced the abuses of colonialism in the colony of the Dutch East Indies (today’s Indonesia).

Younger brother of George III. Grand Master of the Grand Lodge of England (Moderns) Granted Prince Hall his charter in 1884 which only arrived in 1887.

Swiss founder of the Red Cross, co-winner of the first Nobel Peace Prize.

Illegitimate born son of George II, consolidated the Royal Arch and was the first Grand Master of the Masonic Knights Templar. Acted as Grand Master for the warranted lodges in Quebec.

Canadian soldier who won Canada’s first Victoria Cross at the Charge of the Light Brigade at Balaclava. Ionic Lodge No. 18 (now No. 25), Toronto, Ontario.

King of Great Britain. Household Brigade Lodge No. 2614. Grand Master of the United Grand Lodge of England in 1936.

inventor of the steamboat. Bristol Lodge No. 25, Bristol PA.

Scottish bacteriologist and discoverer of Penicillin. Held Grand Office in the UGLE.

Canadian engineer and surveyor. Suggested the use of time zones. St. Andrew’s Lodge No. 16, Toronto, Ontario.

American physician, co-founder member of the Shrine. Rochester Lodge No. 660, Rochester NY. Potentate of Mecca Temple NY and Imperial Potentate from 1876 to 1886.

English architect and writer on the subject. Authors Lodge No. 3456, London England.

Enlisted private who financed his own cavalry regiment and rose to Lt. General CSA. Angerona Lodge No. 168 TN.

American actor. Most famous for Gone with the wind. Beverly Hills Lodge No. 528, California.

American inventor of the repeating gun. Center Lodge No. 23, Indianapolis.

King of Great Britain. Grand Master of the Grand Lodge of England (Moderns) 1790-1813 while still Prince of Wales.

American manufacturer and inventor of the safety razor.

Founder and first president of the American Federation of Labor. Dawson Lodge No. 16, Washington DC.

French humanitarian doctor, sought the decapitating machine linked to his name as a more humane method of execution. Founder member of the Grand Orient of France.

American lawman and head of the FBI. Federal Lodge No. 1, Washington DC.

Past Grand Master of the Grand Lodge of Jordan

Writer Producer for television and film, Past Grand Master of California. North Hollywood Lodge No. 542

Viceroy of Egypt. Presented an obelisk to USA to be erected in NY City.Past Grand Master of the GL of Egypt.

English doctor who discovered the principle of vaccination. Faith and Friendship Lodge No. 270, Berkeley UK.

Kent, His Royal Highness Prince Edward the Duke of.

Grand Master of the United Grand Lodge of England.

British General and statesman. British Union Lodge No. 114, Ipswich, England. District Grand Master of Egypt, Sudan and the Punjab. Junior Grand Warden of the UGLE in 1916.

Already a Feemason in France, he was given honorary membership by many lodges and Grand Lodges across the USA.

First Govenor of the Louisiana Territories and leader of the Lewis and Clark expedition, was one of the founders of St. Louis Lodge #111 with a charter from GL of Pennsylvania.

American aviator who made the first non-stop flight from America to Europe. His plane was the Spirit of St. Louis and bore the Masonic insignia. Keystone Lodge No. 243, St. Louis, Missouri.

Scottish merchant famous for the tea he transported from Ceylon. Scotia Lodge No. 178, Glasgow.

5 star American General, served in both world wars. Made a Mason “at sight” in the Philippines and became 32 deg in Manilla and life member of the Nile Shrine Temple, Seattle, Washington.

4th President of the USA. Madison is said to have been a Member of Hiram Lodge No. 59, Westmoreland County, Virginia, a Lodge which had only a short existence, and whose records are lost.

5 star American General. Made a Mason “at sight” by the Grand Lodge of the District of Columbia.

Italian revolutionary. Worked towards the liberation and unification of Italy. Past Grand Master of the Grand Orient of Italy.

Austrian physician. Studies in magnetism led to the art of Mesmerization, which later became hypnotism. Affiliated with the French Lodge Les Philadelphes.

Czech Art Nouveau painter and illustrator. In 1923 he was elected sovereign grand commander of the Czech Supreme Council, AASR.

Field Marshal, Admiral, Grand Master of the Grand Lodge of the Netherlands: 1816-1881.

Archbishop of Toronto and Primate of all Canada. Ionic Lodge No. 25, Toronto, Ontario.

Chairman of the Board of Directors, Philips.

USA Secretary of War, Master: Solomon’s Lodge No. 1, Charleston, introduced Freemasonry into Mexico, and the pointsetta to America.

French physiologist. His research into allergies and immune serum won him the Nobel Prize for medicine in 1913. Lodge Cosmos under the Grand Lodge of France.

32nd President of the USA. Also Scottish Rite. He was present at the raising of his three sons, all of whom were raised in Architect Lodge No. 519, NY City. Honorary Grand Master of Demolays. Holland Lodge No. 8, NY City.

One of the most famous of all Antarctic explorers, Navy Lodge 2612.

Finnish composer. Second only to Mozart as a Masonic composer. Suomi Lodge No. 1 Helsinki.

27th President of the USA. Made a Mason “at sight” in Kilwinning Lodge No. 356, Cincinnati, Ohio.

American commander at the Alamo. Alabama Lodge No. 3, Claiborne, Alabama.

Leading exponent of both Hinduism and Yoga in the west. Hope and Anchor Lodge No. 1 Calcutta, India.

Governor of Alabama. Orator of the Grand Lodge of Alabama in 1961.

American film producer and one of the Warner Brothers. Mount Olive Lodge No. 506, Los Angeles, CA.

American author. Made a Mason “at sight” by the Prince Hall Grand Lodge of Massachusetts.

Anglo Irish dramatist. The importance of being Earnest. Apollo Lodge No. 357, Oxford, UK.

We use cookies to ensure that we give you the best experience on our website. If you continue to use this site we will assume that you are happy with it.OkPrivacy policy